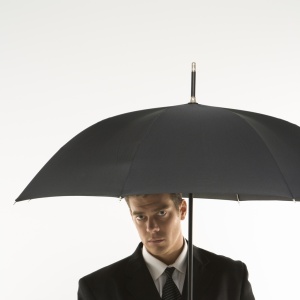 Selling has long been considered a confrontational conversation, lightly smeared with honey to make it seem agreeable.  There are two reasons for that: first, the sales person wants to win while the prospect wants to retain both his money and his pride.

Now, of course this does not happen in every sale, but it can be considered a typical model.  Elements of the confrontation could quite easily enter any sale, and at any stage, even after the sale has been completed.

The second reason is that the sales person is scared of rejection.  As is well known, fear of loss or pain is a much more powerful motivator than the prospect of gain.  Rejection brings loss of face – a concept not restricted to Orientals.

For example, I bought a cooker over the phone, having done my research online. They delivered the wrong one. When I called the store to tell them, the manager became so defensive that he didn’t wait for me to finish what I was saying before jumping in to offer an alternative. He wanted to over-ride any blame by proposing a quick solution. That way he would occupy the moral high ground — as the problem solver rather than the one who had erred. He would also be calling the shots.

To avoid rejection, the sales person needs a protective strategy.

Some adopt a tough attitude, placing themselves in the dominant role, and the prospect in the role of supplicant (like the cooker store manager).  This old-fashioned macho approach is doomed to failure in the long run.  Even short term gains may quickly be reversed with cancellations at the first opportunity.

I declined the alternative cooker, and the store manager tried to make me feel unreasonable, instead of being agreeable about it. So I cancelled the order and asked for a refund.

Even the prospect or customer wants to save face!

If you are selling, you need to build into your preparation a fall-back position, a Plan B.  What is the least you will settle for if you don’t get the sale?

It could be something as simple as an introduction to another prospect, or even another appointment in three months’ time.  Viewed in the context of a new relationship, an immediate sale is not the only objective.

Work out what you will accept as an alternative to your main objective and you will be able to walk out with your tail up.  Selling is hard, and no one can endure repeated rejections without being affected.

So protect yourself.  Plan your fall-back position and give yourself another chance to feel good about the encounter.